Ashley Puckett was born and raised in North Huntingdon, just east of Pittsburgh, Pennsylvania.  Ashley realized her passion for music at a young age, performing at vocal competitions and community events, and eventually, landing at open-mic nights and shows in bars and clubs, doing anything to keep the music and her passion alive.  Her musical influences have been empowering, from Lee Ann Womack to LeAnn Rimes, shaping the artist she has become.  At age sixteen Ashley picked up the guitar, began writing songs, and the adventurous country girl hit the road. Single, “Bulletproof” raced to the top of the iTunes country singles chart in South Africa, also becoming a #1 radio hit on the New Music Weekly country chart. We meet with the sparkling talent. 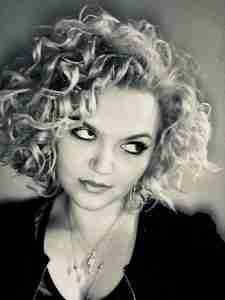 Ashley Puckett [AP]: I wanted to be sure with my music that I am as real as possible. Every track on my debut album represents something I feel deeply about, an emotion I’ve felt, or have been close to. My style is just me. I don’t try to be like anyone else, i love the old traditional county music, and even though pop county is huge right now, I really enjoy sticking to a modern version of what I really like to sing and write about.

1 In Music: Tell us about some of your influences and about your support system…

AP: I have many influences when it comes to who and what shaped me into the artist I am today. Many artists like LeeAnn Rimes, Lee Ann Womack, Carol King, Miranda Lambert, and so many others. Many life events too, I’m sure have influenced who I’ve become not only as a person but also an artist.

I am thankful to have so much support! When I’m asked to give advice about this industry, one thing I always say is you must make sure you surround yourself with good people who are always beside you and encourage you. It’s important everywhere, not just in music, but there’s a lot of work and ups and downs and I’m defiantly a better artist because of my support system.

1 In Music: When did you realise you were going to make music professionally?

AP: I think most of me knew it would always be this way since I was about five years old haha. Music was always a huge part of my life and it got me through good and bad. It was just always around. Through high school, music was all I cared about. I suppose when I got my first guitar around age 16 I might have been a bit more focused. 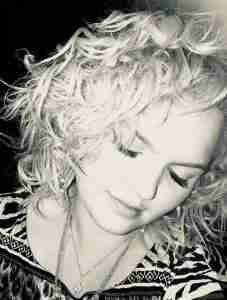 AP: Well, this is a tough one. The thing is, there are so many great artists out there that never get a real chance to shine and share their music mainstream. So this is always a soft spot of mine. But there’s still mainstream artists I wish I heard more of for their talent that I don’t think get enough attention. Like Lindsay Ell, she’s just amazing inside and out it seems, even though I’ve never met her personally. And she’s so super talented. She’s like the Keith Urban of country music as a female haha. Mitchell Tenpenny, too. I love his unique style and I don’t think he gets enough attention. I’m sure there’s more just those two come to mind.

AP: Depends on the day. Sometimes I’m really nervous about a performance and then there are days I’m really excited and ready to kill it. Im pretty sure it just depends how well I control my own self and try not to psych myself out. I like to be up extra early on those days, caffein isn’t good for the voice but it makes my world go around, so I try to get my quad shot espresso drink in my system to then follow it with a ton of water. (I know, very bad). I like to get practice in but not too much to over do it so the performance still feels fresh. And there’s an occasional show that just requires a shot of fireball right before I hit the stage.

AP: I love all kinds of different things… Anything adventurous like skydiving, and bungee jumping. Those are kind of my stress relief. But I love the water and being near or on it. I love to travel and do and see new things. Anything fun I’ll try once.

AP: People knowing my name and loving what they hear. I do this both singing and writing so I can be heard. I have many things I’d love to accomplish like winning a Grammy.

Success is seeing progress in what im trying to do,

and as long as I am gaining fans and support, I think I’m still successful.

AP: Even if you go in with the mindset that this is a long road to success in this industry, it’s even longer than the long that you were imagining ha ha. There’s never a moment you can stop working toward what you want to achieve in music because there are so many very talented artists out there in that same spot trying to get their turn main stream. And it seems like a cliché, but don’t give up on it. 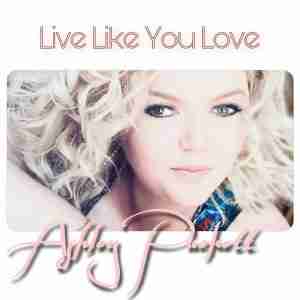 AP: My current single is “Live Like You Love” from my debut album “Never Say Never.” This song was actually the very first song when we started this project that I had chosen to be part of the album. It was just so pretty and well written and took me back to some of the classy, traditional county love songs that I grew up with. It is featured as one of the 13 tracks on the debut album that was completed at Tonic Recording Studio. My producer, Bryan Cole and lead sound engineer Doug Kasper made this project possible along with many talented songwriters and all of the legendary musicians featured on this album: Mike Brignardello (bass), John Willis (banjo), Mike Johnson (Steel Guitar), Heidi Engel and Tammy Petty ( Background Vocals) and hot newcomer, Adam Ernst who was behind the creativity on all Drums/Guitars. This album is a lifelong dream that I finally got to live out and share with the world. We put so much time and effort into creating this project and in the process I gained friends, and learned a little bit more about who I am as a person and an artist.

I’m very excited to start talking about the new single release within the next couple months… I’m really excited to get this next one out there. I’ve also been writing and thinking for the future as well.

1 In Music: Where do we find you music / music project?