Ed Rox introduces himself as a rapper to the world

Ed Rox introduces himself as a rapper to the world:
SHOCKING, FUTURISTIC, REVOLUTIONARY AND DIFFERENT.

Ed Rox is a young rapper from Carolina (Puerto Rico) who surprises with an untraditional proposal called La Trilogía, which promises to be a trend in the urban genre. Ed Rox is a naughty, inappropriate and funny rapper. Those who know him would say he has a little bit of genius and a little bit of crazy.  He promises to impact the urban genre with a futuristic and risky proposal.

This is a new way of telling a story in a fun way. It is composed of three videos, its first track: “Mucho Gusto”; it continues with the video of “La Ciencia” and concludes with the video of “Bájale 1000”. Parallel to the story in the videos of this trilogy, Ed Rox raps clever and unconventional lyrics, creating a connection with the audience and generating a fun and joyful vibe. This new concept invites the public to participate in a new risky but authentic project that, more than being explained, has to be experienced and felt. 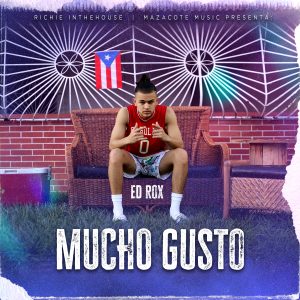 Ed Rox “the madman”, an ordinary, authentic and proud of his origin young man is about to enter an insane asylum. Then, in the video it is shown how Ed Rox “the madman” is being admitted to the asylum, but because he is so skilled, he will make the psychiatrist fall in love with him during the admission interview. This first video is constructed as a half-fatal, Pulp Fiction-like love story. 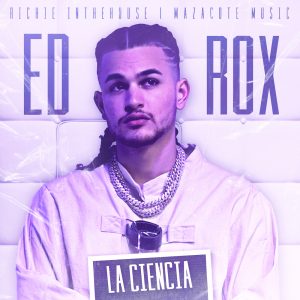 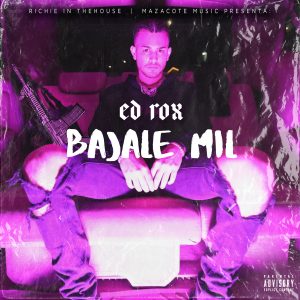 Shows Ed Rox “el loco” in the back of a car, with a driver and co-driver who cannot be identified. “The Madman” flaunts his power as he is now free and empowered. He has the backing of his companions. Halfway through the video the car stops and the driver gets out, who surprisingly, it is observed to be a woman without a mask and flirting with “The Madman”.  The identity of the driver and the co-driver is fully seen: the psychiatrist and the nurse from the asylum who, convinced by the wit of Ed Rox “the madman”, who is also a bit of a genius, decide to accompany him in his witticisms and misdeeds. Demonstrating his power and conviction over others at all times. The above shows the outcome of the crazy love story achieved by the protagonist.

His talent is in elaborating the tracks and making word games, as if putting together a puzzle, with an unusual style, resulting in funny stories, with an entertaining and intelligent street language.

Empowered and self-confident, Ed Rox wants to show his followers another way of rapping, with a different symbology, capturing other realities, but with a little peculiar language, always assuming a radical stance and leaving, with his lyrics, a clear and forceful message. This can be seen in his recent discography that makes up La Trilogía: “Mucho gusto”, “La Ciencia” and “Bájale 1000”, which begins the musical development of an artist who came to stay.