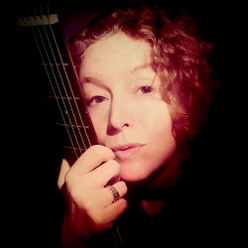 Classically-trained musician turned Indie Folk performing and recording artist Claire Bradshaw describes her musical coming of age thus: “I started my music career at seven years old as a cellist. I was a terrible, lazy student, but somehow managed to pass the audition for a regional youth orchestra. After seven years playing classical music I discovered The Beatles, swapped my cello for a guitar and started a band. I played in a few bands in Nottingham and Toronto as a synth and bass player, and started doing solo home recording four years ago.” We chat wit the late bloomer and rediscover the fact that there is no deadline for following your passion and reconciling with your creative purpose.” 1 In Music meets the muli-talented as she releases her album “Stories That Never Happened“

CB: When I started recording my own music, I wasn’t sure what genre I was in. What am I trying to do here? Am I Folk, or Indie, or Electronica, or Lo-Fi Psych-Rock? I didn’t know.

I stopped worrying about fitting into any particular sound, and just did what was right for each song.

So you get a lot of variety with my music. I’m also big on lyrics, I like to tell a story. I think that’s missing from mainstream music these days, which is a shame.

1 In Music: What or who shaped your music and who supports you?

CB: When I was a kid,- I listened to stuff my parents were into. My mum liked Gilbert & Sullivan; my dad was more into Elvis Costello, ELO and Blondie. Playing in an orchestra, I was also exposed to a lot of classical music. Then when I was 11, I borrowed a copy of The Beatles’ ‘Blue’ album from the village library, heard Strawberry Fields Forever, and everything changed. I became a massive Beatles fan. I was the only kid at school who was and everyone thought I was weird. I didn’t care. It also opened the doors to other music from that era – Frank Zappa, Janis Joplin, Hendrix, the whole psychedelic thing… I was fascinated with it.

Being a solo artist I have to do a lot of self-support, but you get used to it. My partner and friends are pretty supportive. But I wish I had a Mal Evans in my studio to help me untangle cables and bring me tea.

1 In Music: Lol. We all wish. So, when did you realise you were going to make music professionally?

CB: When I was 16, I hoped our band would get discovered and I could make a living at it – ha! But exams and university, work and other things got in the way. Now I’m older, I realised I missed out on a lot. So, I’m getting back into it. Whether there’s any money in it is another matter. I’m glad I have a day job that I love. 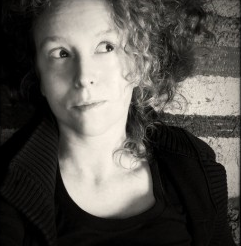 CB: I go in phases. I often listen to just one album or a specific artist for a month or so, then go onto something else. In the last year, I’ve listened to everything from Bach and Nicolas Gombert to XTC, Wings, Remi Wolf, R. Stevie Moore, Kraftwerk, Stephen Malkmus… and anything that friends recommend. I love going down YouTube rabbit holes and finding weird and wonderful stuff.

CB: R. Stevie Moore. Most of us can only dream of producing that much exceptional music, his back catalogue is a goldmine. He should be massive but most people haven’t heard of him, it makes me mad. I’ve only got about 40 of his albums, I’m such a lightweight fan.

CB: Practice, and trying not to think too much about it. I’ve never really suffered from stage fright.

1 In Music: Wow! Ok. What do you do when you don’t do music and that you are passionate about?

CB: Not much beyond listening to or reading about music, I’m pretty lazy. I don’t have the attention span to watch movies, and I don’t like sport. I like going out for dinner, having a few drinks and socializing; well, I did before the pandemic but I’ve got out of the habit now.

CB: When an artist you admire likes your stuff too. In that respect, I’ve won the race and can quit now!

CB: Don’t stop. Biggest mistake I made. And don’t do music for the money, it’s more important than that.

My 13-year-old nephew has been bitten by the music bug, he’s getting into cool music and plays drums and guitar. I try to give him advice based on what I got wrong!

CB: Yes, I’ve got an EP coming out with a Bedford-based musician Dominic Ball.- (we went to high school together but never played in the same band!) It will be six tracks comprising of two covers and four originals. It should be out in the spring, and we’re already working on EP #2. I’m also recording tracks for my new album, which I hope should be done by the end of the year.

1 In Music: Wow, busy-! We’ve better leave you to it. But first, where do we find you music and music projects?