The void EP is out exclusively 11th of Nov 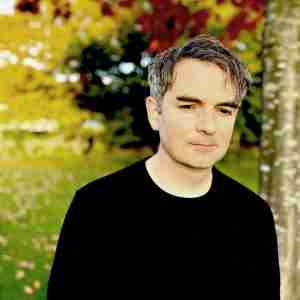 Following on from the global indie radio airplay and streaming success of recent singles such as ‘The State We’re In‘ and ‘Maybe Someday‘, 2022 saw Ben take to the studio to work on a new collection of songs, which has become The Void EP and will be released on Bandcamp exclusively on 11th November, with a wider streaming release a week later on 18th November.

The release of The Void is preceded by a lead single ‘Don’t Ever Change‘, a love song to a home town and also features four more songs written and recorded from Autumn 2021 onwards. The Void EP explores our troubled and divided culture taking influences from the likes of indie and punk rock legends Teenage Fanclub, My Bloody Valentine, Built to Spill, Spoon, The Besnard Lakes, Mogwai, Sugar / Bob Mould, Pavement and Fugazi.

The Void EP – the message

From social media shock jocks, to populist governments; our time is blighted by people seemingly going to extraordinary lengths to make people’s lives harder and worse. The Void calls out those people whose divisive rhetoric seems to them like a brave new way of communicating, but is in fact just the same old fascistic nonsense we thought we’d rejected as a society, a generation ago:

“There’s a void at the heart of your thinking.
Nothing new: your poisonous dream.”

The Void EP – a glimmer of hope amid the chaos

At times melancholic, the EP pleads with people to get back to understanding that, whatever our differences, “there’s such a thing as intrinsic human worth” (Getting By); and laments how people we have once cherished have been sucked into and radicalized by online ideological rabbit holes: “It makes me sad to see what’s happened to you, on your search for something true” (A Place to Belong).

As is Saturn Saturn Saturn’s way, there is a glimmer of hope amid the chaos, based on an inherent hope in humanity to overcome its divisions and the collective traumas of our age: “In my heart I know, when you feel so low, you’ve got to breathe, so you know.” (Breathe)

We use cookies to ensure that we give you the best experience on our website. If you continue to use this site we will assume that you are happy with it.Ok