I Write The Songs #116 Ultravox/Maya Yianni 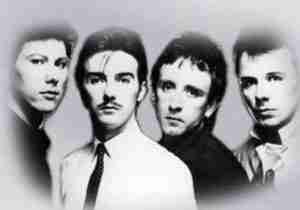 I Write The Songs #116 featuring Ultravox and Maya Yianni (aka elsewhere as Little Liar). First aired on Canalside Community Radio 102.8FM. Playlist is below and Mixcloud podcast of the recording.

What’s wrong, who’s right?
Sad machines won’t talk to me tonight
No questions looking for answers
No voices except inside my mind

The Anna Varga band performs as a sextet, quartet, trio or duo and we met with the front woman herself.

1inmusic: Hi Anna, thanks for joining us. Let’s start with your short description of your music. What would you call it?
AV: Bluesy jazzy swing for punks

1iinmusic: 🙂 Nice one. So when did it all start, what was your journey and what are you trying to achieve?
AV: Around age 10 I decided I wanted to perform and asked my parents for music lessons.

Actually, I’ve been lucky to study at fine institutions like The Royal Academy in London, The Juilliard School and The Bloom School of Jazz. Education is important. Regardless, you have to ultimately train yourself.

My goal is to give an independent voice for women who I think are silenced in society. As a bandleader I want to showcase some of the talent that gets overlooked by the industry but is actually more talented than the industry norm.

1inmusic: What kind of music do you listen to when you are not doing your own?
AV: I listen to all types of music genres. At the moment I’m listening to One of The Lonely Ones recorded by Roy Orbison in 1969 after his wife and two sons died while he was on tour. It was never released. It’s heartbreaking but brilliant.

I can spend hours listening to music no matter what mood I’m in.

1inmusic: Which artist to you is undervalued?
AV: Johnny Hartman is possibly the best vocalist of all time but is unknown.

1inmusic: What gets you writing songs and which is most important, Lyric or Music?
AV: Songwriting is something I do to cure insomnia.
[lyric or music?] Both. Is there anything worse than a great melody or beat with a corny lyric?

1inmusic: Talk to us about your performances…
AV: We play jazz in New York and are lucky if we get one rehearsal if at all.

1inmusic: Success is…
AV: … When people come back to see us again and they have a favorite song and they smile and clap. That’s a good feeling. That means we created a good memory. Isn’t that what life is all about?

AV: It’s great to get recognition of course. It’s a relief. For a few moments I don’t feel like a total failure. Laughs.

1inmusic: A little shoutout to those who have been supporting you in your music venture?
AV: My musician friends Mercedes Hall, Bob Leone, Lafayette Harris, Brian Vinson, Michael Arenella, Alex Levin and Dayle D Ann kept me motivated and inspired me to keep at it.

AV: Performing chose me. I’m actually shy but when I walk into a room everyone stares and I feel like I’m on display. So I entertain people as a way to deflect. I’ve tried to do many other jobs. I’m not a morning person but if someone books my band I have this “the show must go on” energy. Even if I’m exhausted or sick I still get through it. Never cancelled a show.
AV: I like to travel the world and take random photographs.
1inmusic: Success is…
AV: … being surrounded by the people I love and not having to stress.

1inmusic: Anna, thank you for joining us! Some final words, what you wish someone had told you when you started in the business?

AV: I wish someone had told me not to care about approval or money. Don’t try to please anyone but yourself and those things will come in time.

I Write The Songs 83 featuring Canen

Feature artist of the week: Canen

Canen sings her heart out for human rights and the music is featured on this playlist. Check out her website to listen to the EP, download and donate.
[symple_button url=”http://www.canensings.com/” color=”gold” size=”default” border_radius=”3px” target=”blank” rel=”” icon_left=”” icon_right=””]Canen’s Website[/symple_button] 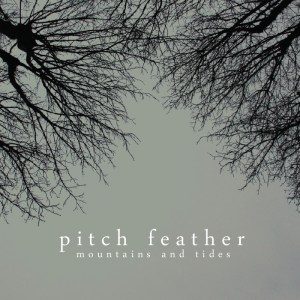